America: Land of the free, and home of the…discontent? 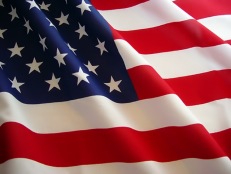 Many Americans celebrated July 4th with fireworks and barbecues. But how much thought did everyone give to the true spirit of Independence Day?

Independence is one of those things that America is known for. In fact, “independent” tends to be America’s adjectival calling card. Not only is America frequently thought of as a superpower responsible for spreading the light of freedom throughout the world, but people are often only successful within American society if they are self-sufficient and largely self-focused.

However, this vision of America has fallen out of favor lately. Many global citizens simply aren’t thrilled by the thought of a country whose national stereotype paints it as self-serving, and plenty of Americans are well aware of that fact. To examine this phenomenon in greater detail, MarYam Hamedani, Hazel Markus, and Alyssa Fu ran a series of studies where they tested exactly what it is that people think of when they think of ‘America,’ and how this vision impacts thoughts and actions.

This may not come as much of a surprise, but people in countries around the world (including Americans) tended to rate America as more of a leader, though when asked what they would ideally like, the responses overwhelmingly favored partner. America is seen as an overwhelmingly dominant force in the international political scene, although most people hold a fairly negative opinion of this position.

After this, the researchers set out to examine exactly how this influences the ways in which Americans see themselves. They presented participants with one of two speeches, both of them equally memorable, powerful, and compelling. The only difference was that one speech framed America in that ‘global leader’ position, asserting that America must continue to be a beacon of hope for those desiring freedom, while the other speech drew attention to America’s capacity as a ‘global partner,’ noting that America’s political, economic, and social challenges are inherently connected to those of other countries.

Interestingly, the way that America was framed actually impacted how Americans went on to view themselves. American subjects reported feeling happier (and, specifically, felt more positively about being American) when they read the speech focusing on America’s potential as a global partner. Not only that, but when European American participants were asked to describe what they expected to be like in the next year, they were less likely to focus on themselves and their own personal preferences when they read the global partner speech. For instance, a participant might be asked about the choice that he/she would make when choosing a movie to watch with friends; after being exposed to the leader speech, participants were more likely to indicate a desire to select the movie based on personal preferences, whereas partner-speech participants were more likely to say they would default to the group’s decision.

This research has 2 big implications. First, this is pretty compelling evidence that national identity may actually impact personal identity in a substantial way. Merely reading a speech that focused on America’s role as a global partner (without even seeing the ‘leader’ speech as a contrast) made Americans less likely to be self-focused and individualistic. With the push in recent politics to shift American identity into more of a ‘partner’ role, it’s important to consider the real possibility that this shift would impact more than America’s international image; it may actually change Americans’ actions within national borders. Could more of a national ‘partnership’ role in global politics actually make Americans less selfish in everyday life?

Secondly, it’s interesting that there is a distinct difference between the way that America is viewed and the way that Americans would like to be viewed. Despite the aforementioned political push towards fulfilling this vision of global partnership, most people around the world (including Americans) continue to view America as a dominating force of individualism. The problem, however, is that Americans overwhelmingly would prefer to be seen as a partner, and Americans who are led to see their country as a leader instead tend to feel worse about their national identity.

What do you think about these issues? If you are non-American, how do you and your peers view America? If you are American, would you rather see America as a ‘leader’ or a ‘partner’? Do you think that your national identity impacts your everyday behavior? Do you think your behavior would change in a noticeable way if America took on more of a ‘partnership’ role in global politics? Feel free to leave your thoughts on these questions (and more) in the comments!

One response to “America: Land of the free, and home of the…discontent?”