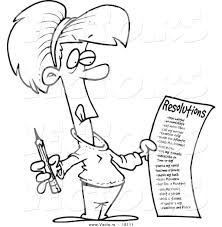 Many people around the world woke up this morning with a renewed determination to tackle a long list of resolutions. But as we head into 2013, it’s worth noting that some of these resolutions will be better than others. Psychological research on goals can clue us in to which resolutions will be more likely to end in success, and which will probably end up flopping before the snow even melts.

One prominent goal theory says that there are two possible spectrums on which your goals might be situated.

First, you can go “easy” or you can go “difficult.” For example, if you were thinking about setting goals to help you amp up your fitness, a goal on the “easy” end of the spectrum might involve walking once a week or taking the stairs instead of the elevator. A more “difficult” goal might involve training for a marathon or committing yourself to daily workouts. 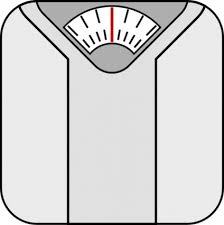 Second, you can be “vague” or “specific.” To continue with the fitness example, a “specific” goal would involve clear guidelines for what you want to accomplish (e.g. “Lose 5 pounds in 1 month” or “Run 1 mile in under 10 minutes”). A “vague” goal involves general exhortations to “try your hardest” or “get in shape,” with no straightforward way of figuring out whether or not you’ve actually accomplished your goal; you can easily look at a scale or a stopwatch to figure out if you’ve lost 5 pounds or run a 9:59 mile, but there’s no clear way of really knowing if you’ve actually “done your best” or successfully “gotten in shape.”

According to researchers Locke & Latham, the most motivating goals you can set are difficult and specific; these goals tend to be more effective than goals that are too easy or too vague. Some proponents have used the acronym ‘SMART‘ to indicate what this theory says about optimal goal setting:

The S, M, and T letters are all essentially saying the same thing: It’s best to have goals that have specific definitions, for which you can measure your progress, with a clear timeline for goal enactment. For example, “Lose 5 pounds in 1 month” is more likely to successfully motivate you than “Get in shape” (Less Specific), “Lose weight” (Less Measurable), or “Lose 5 pounds” (Not Time-bound). Similarly, “Get a 4.0 this semester” is naturally going to be more motivating than “Do well in school” or “Get good grades.”

The A and R letters refer to another important stipulation: Challenging goals are ideal, but they still need to be realistic. Goals that are too easy become boring and will lose your interest and commitment over time; however, goals that are so difficult that they are unattainable are just as demotivating. So if you’ve never run a full mile in your life, it’s probably a better idea to train for a 5K than a full marathon. Similarly, if math isn’t your strong suit, you might not want to set your sights on earning an A+ in Calculus. A goal like an 80% or higher on every exam is still challenging, yet likely more realistic and attainable.

If you’re still trying to formulate your resolutions for 2013, make sure you focus your sights on difficult-yet-attainable, specific, and measurable goals. Instead of “living in the moment,” try “practicing mindfulness three times every week.” Instead of “losing weight,” try “going to the gym after work every day” or “training for a 10K race with a friend.” You might find that you have more success than usual this year!