London 2012: Psychology at the Olympic Games

I’ve provided links below to all eight PsySociety posts on the psychology of the Olympic games. Click on the links to learn more about what blind judoka can teach us about emotions, how to predict which record-breaking athletes will be accused of drug abuse, why it’s so bad to be in the last lane of the Olympic pool, and more!

END_OF_DOCUMENT_TOKEN_TO_BE_REPLACED

Why do swimmers hate Lane 8?

Before I went to college, I was never a big basketball fan (for those who know me now, I’m aware that this is probably surprising). As a result, when I arrived for my freshman year at Duke and began attending a ton of basketball games, I had the opportunity to learn an entire dictionary’s worth of terms for the first time.

One of the phrases that I quickly heard was “playing down.” Even though we were highly ranked and expected to do well later in the season against big-ticket teams like the #2 Texas Longhorns (who we eventually beat by 31 points), I was somewhat surprised by the fact that our margins of victories over early opponents were, quite frankly, not as impressive as I had expected them to be.

“Ugh, we’re playing down again. We always do this,” my friend Leah would say.

It wasn’t intentional. The players probably didn’t want to run up the score, but they also probably didn’t want to make every game against a low-ranked opponent a too-close-for-comfort nail-biter. You would think that, given the large difference in rankings (and presumably in ability levels), the better team should be able to maintain a respectable 15-20 point lead — wide enough that no one had to worry about the outcome, but close enough that it wasn’t rubbing the score in the other team’s faces.

Yet…they didn’t. Most of the time they made sloppy mistakes, missing easy 3-point shots or turning over the ball more times than we could count. The looks of frustration on their faces let us know for sure that this wasn’t anything they were doing on purpose. They weren’t thinking, “OK, this is a no-name team…let’s just not play as well as usual.” They were certainly putting in effort, but they simply couldn’t break past a ceiling that seemed to be hanging far lower than usual, even though their skills were demonstrably better when they played higher-ranked teams. In short, as Leah noted, they were “playing down.”

END_OF_DOCUMENT_TOKEN_TO_BE_REPLACED

Blind athletes provide clues about the nature of our emotions.

‘Expressions of Joy’ from ‘The Expression of Emotions in Man and Animals.’

One of the most important ways that we learn how to interact with the world around us is through observational learning. By watching how our friends and family members behave, we learn at a very young age how to do things like turn on a lightbulb, open a door, or play with a doll, without the tedious trial-by-error reinforcement process that would be required if we only learned things through classic behaviorism. With this in mind, it’s only natural to assume that we have learned when to smile politely, wrinkle our noses in disgust, or furrow our brows in anger by watching the people around us react in those ways when presented with similar situations.

‘Expressions of Suffering – Weeping’ from ‘The Expression of the Emotions in Man and Animals.’

But what if observational learning isn’t the only way in which we figure out how to express our emotions? What if those emotional expressions — or at least, some of those expressions — actually come “pre-programmed” into our very nature, and we would make those grimaces, brow-furrows, and polite smiles of thinly-veiled contempt without ever seeing other people make these expressions first?

END_OF_DOCUMENT_TOKEN_TO_BE_REPLACED

The psychology of doping accusations: Which athletes raise the most suspicion?

Why do we immediately feel that “ping” of suspicion when some athletes achieve great Olympic feats? And why would certain athletes make us feel that way, while other record-breaking winners don’t inspire the same level of disbelief?

END_OF_DOCUMENT_TOKEN_TO_BE_REPLACED

The benefits of seeing a “challenge” where others see a “threat.”

You ask [Aly Raisman] about feeling the pressure and she says, ‘I don’t really feel it,’ and you know, I think it’s because she labels it something different in her head. Some kids feel anxiety, feel pressure, she feels excitement. It’s just how you label that.
– Tim Daggett, Olympic commentator, 7/31/12

When you’re faced with a high-pressure situation, like giving a public speech, taking an important exam, or performing in an athletic competition, it’s only natural to assess whether or not you are adequately prepared. Are you ready to compete? Are you fully rested? Do you remember your notes? According to the biopsychosocial model of challenge and threat, these appraisals can lead you to construe the same situation in markedly different ways. If you have enough resources to deal with the situation, you are more likely to view it as a challenge; if you do not, you will perceive the situation as a threat.

These different perceptions (or construals) don’t only impact the literal way that you identify and label these events; they have distinct physiological and functional outcomes as well.

END_OF_DOCUMENT_TOKEN_TO_BE_REPLACED

We Won. They Lost.

A slightly different version of this post (pertaining to college basketball) was originally blogged at IonPsych on 3/29/2011. I’ve decided to re-post it from the archives today with some tweaks in honor of the Olympic Games. You can see the original post here.

Let’s start off this post with an exercise in imagination.

Imagine that we happen to be big fans of the same team.

First, imagine that our country’s team is the underdog in a major sports competition – say, the Olympic Games. People didn’t really expect that we’d win anything. Yet we manage to snag gold, and we’ve never been prouder of our country or our athletes.

Now imagine a different scenario: Our country’s team actually placed first in the qualifying rounds, and they’re heavily favored to win gold. Experts said that the road to victory was basically paved for them. But in a jaw-dropping upset, they made several key mistakes and failed to earn any place at all on the medal podium.

What jumps out at you about those two scenarios?

One tells the story of underdog triumph, and the other talks of stunning defeat.

END_OF_DOCUMENT_TOKEN_TO_BE_REPLACED

If You Compare Yourself With Michael Phelps, Will You Become A Better Swimmer?

“Remember, the Ukrainians are doing this in the snow,” warns a concerned McDonald’s consumer to Team USA boxer Marlen Esparza, as the pseudocoach chows down on a burger and watches Esparza train in one of Mickey D’s new 2012 Olympics commercials. I’m not sure if they realize it, but when McDonald’s instructed the actress to coach Esparza by saying this, they tapped into the logic underlying a fundamental psychological concept: Social Comparison Theory.

END_OF_DOCUMENT_TOKEN_TO_BE_REPLACED

I hope that everyone is excited for the Olympics to begin tonight! Over the next two weeks, I will be posting several pieces on the Olympics and psychology, ranging from the ways that athletes feel/express emotions to the different ways that athletes from various cultures tend to construe their successes (and failures). I’m really excited to be blogging about the Olympics – there’s so much psychology to delve into here, and I hope you’ll all tune in over the next couple of weeks to learn all about it!

In the meantime, here are links to some cool posts from across the blogosphere on psychology and the Olympics. Enjoy!

The 2012 Olympic Games: What is the Role of Psychology? by Chris Carr at Psychology Today

Hosting a Major Sporting Event – Economic Gains Are Unlikely, But Will It Bring Happiness? by Christian Jarrett at BPS Research Digest

How Do Women and Girls Feel When They See Sexualized or Sporty Images Of Female Athletes? by Christian Jarrett at BPS Research Digest

How to Raise an Olympic Athlete by Christine L. Carter at Psychology Today

Could The Olympics Be A Catalyst For Inter-Cultural Discord? by Christian Jarrett at BPS Research Digest (note: The paper that this post is based on was authored by some of my former UIUC colleagues!)

Do World-Class Sprinters Really Move Their Legs No Faster Than Ordinary Runners? by Dave at Science-Based Running (note: OK, this is not psychology, but I’m including it because I find this post incredibly cool.)

And of course, in the spirit of the Games … Image by Joshua Nathanson via Wikipedia

From the Archives: The Making of a Tough Mudder

This piece was originally posted in December 2011, about 1 month after I completed my first Tough Mudder. I’m re-posting it now, for no reason other than the fact that I completed my second Tough Mudder today (pictures immediately below), so it seems appropriate! 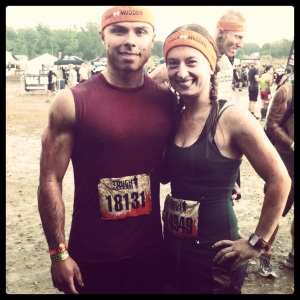 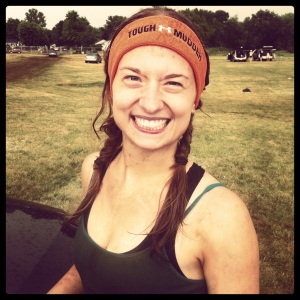 In November 2011, I participated in my first Tough Mudder.

Officially billed as a “hardcore, 10-12 mile obstacle course designed by British Special Forces to test your all around strength, stamina, mental grit, and camaraderie” (and unofficially billed as “probably the toughest event on the planet”), you can imagine that it was hard to stand there, jumping up and down to keep warm (did I mention that this took place in November…in Indiana?!) without thinking about all of the social psychology going on around me.

END_OF_DOCUMENT_TOKEN_TO_BE_REPLACED

Gaming and exercise: Will Diablo III derail your discipline?

Even though I’m hardly a gamer, I couldn’t miss the fact that the highly-anticipated new game Diablo III was released this week. It’s difficult not to notice when half of your friends suddenly decide not to leave home for a few days. As they sit in their apartments, blissfully wrapped up in…whatever the levels or characters are called (as I said before, I’m not exactly a gamer), it’s difficult to really blame them for doing this. After all, what’s really the harm in claiming a few summer days for a well-earned gaming break?

Well, naysayers love to hate on video games for all sorts of things. Usually the complaints tend to fall on two different ends of the “activity” spectrum; either people are bemoaning the idea that video gaming activity encourages violence, or they’re claiming that gaming’s sedentary nature encourages laziness.

Should my friends be thinking about their waistlines while they’re tied to their computers?