Now that you’ve set your difficult, specific, and attainable resolutions for 2013, should you tell people about your plans? 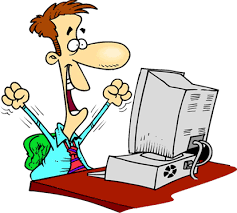 Before you update your Facebook status proclaiming your intention to lose 15 pounds, run a marathon, or publish 20 papers, you should think about your reasons for broadcasting your plans to the world. If you’re thinking about this public commitment the wrong way, you might be setting yourself up for disaster.

According to research that stretches all the way back to 1933, sharing your intentions actually makes you less likely to pursue related goals. In studies that have been successfully replicated dozens of times throughout the past 80 years, people who kept their goals to themselves were more likely to successfully accomplish them than those who broadcasted their plans to the world.

This happens because sharing your intentions with others can create a sense of progress towards a goal, even if you haven’t actually done anything yet. As a good example, imagine that you’ve decided to run a marathon. Once you start telling all of your friends and family about this goal, “liking” the relevant pages on Facebook, and updating your statuses to indicate your training plans, you’ve created a public image of yourself as “someone who runs marathons.” Creating this so-called “social reality” for yourself can be thought of as a subgoal that you’ve completed en route to your superordinate (or broader/larger) goal of…actually racing. If you conceptualize this public commitment as a form of goal progress, you might actually become less motivated to pursue other goals (like actually training), because it will feel somewhat like you’ve already “done enough” for now.

However, despite the strength of this research, this seems to clash with some people’s actual experiences. The comment sections of articles on this work are rife with people who don’t really believe these robust findings, as their personal experiences indicate that their motivation for certain goals greatly increased after sharing their intentions with others. While anecdotes are certainly not data, it does seem a little simplistic to assume that every instance of sharing your goals with others will be detrimental, doesn’t it? Even though the findings themselves have been thoroughly tested and have generally held strong over time?

This is where research from other domains might be helpful.

Outside the realm of goal pursuit, research on attitudes has also examined the role of public commitment, in this case on resistance to persuasion. In a recent study, Gopinath and Nyer found that people who publicly stated their positions on an issue subsequently felt more confident in these initial attitudes, evaluated the issues themselves as more important, and were subsequently more resistant to the researchers’ attempts to change these attitudes. This fits in well with the broader resistance-to-persuasion literature, which indicates that publicly committing to an attitude is consistently, positively linked to resistance to persuasion. The more you publicly commit to an attitude, the better able you are to resist any attempts to change it, and this is largely due to those increases in confidence and centrality.

Again, resistance to persuasion and successful goal pursuit are not the same thing. But this literature can still give us a big clue about the reason why publicly stating your goals can sometimes work, and can sometimes backfire: Commitment Versus Progress.

Most of the literature showing a negative effect of publicly stating your intentions on subsequent goal pursuit revolves around the idea that publicly tying yourself to these goals signifies some sort of progress. For many people, this is how they construe this public commitment; letting your friends and family know that you intend to run a marathon signifies that you’ve made some sort of significant progress towards actually accomplishing this goal, which means you can ramp down your efforts. However, you could also think of your public statement as an indication of commitment rather than progress. 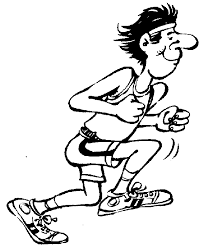 Before you update your status or tweet out about your 2013 resolutions, think about whether you’re conceptualizing this act as a form of progress or a form of commitment. If you’ve already Tweeted to the world about your registration for that marathon in May, don’t fret! Just make sure that you think about your status as having committed you to that goal — and don’t make the mistake of thinking that a Facebook status update will make up for a month of missed training when that marathon rolls around.

This entry was posted in Goals/Motivation, Social Psychology and tagged Motivation, Norton, Resolutions. Bookmark the permalink.

One response to “Should you tell Facebook about your resolutions?”